Inout offers an integral solution for parking management that has been successfully implemented in Portugal, guaranteeing a full and structured response across all areas of parking control.

Parking companies pay growing attention to management of their parks and the related technical infrastructure, with the aim of reducing operating costs and minimising the environmental impact, without compromising user comfort and safety.

New legislation in the fields of energy efficiency and air quality inside buildings, particularly the “Building Climate Control Energy System Regulations” will increase this trend, enforcing a set of new installation energy management and maintenance requirements. 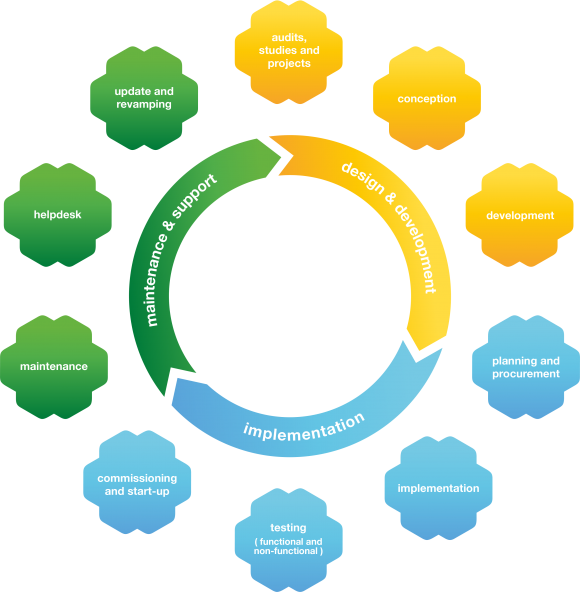 A solution based on a set of modules that can, however, be adapted and integrated to meet the customer’s needs, and are adjustable according to size and depth.

This solution is divided into the following:

The CTM (Centralised Technical Management) Module allows a number of current systems to be connected using virtual technology, giving each operating station the option of controlling multiple systems from a single computer. This module, developed on the basis of SCADA technology, allows important benefits to be obtained, such as the integration of an entire operation from a single physical location, optimisation of the necessary physical hardware, increased speed of operational response and improved access security.

From the CTM module, it is possible to implement and integrate the other available modules, allowing a significant increase in system functionalities, to meet the customer’s specific needs.

Database logging of the licence plates of vehicles using the parks, with a possible connection to a video system (when applicable).

Implementation/integration of the CTM with signalling systems, to facilitate movement inside the car park.

Remote access to park management, allowing it to be displayed and managed from anywhere and on any platform, securely, encrypted over a VPN.

Data presentation, obtaining performance indicators and statistical handling of all park information. The module allows interconnection with information from voice and/or billing systems (when applicable) and export of information to other platforms.

From a Control Centre, it is possible to have remote interaction with and control of existing equipment and management systems in car parks.

The centralisation of all systems makes it possible to create routines, procedures, and operating and technical records, making failure resolution swifter and substantially improving operation efficiency.

The available modules, which allow a car park’s main operating activities to be automated, can be combined in a single command and control centre. This solution, the implementation of which requires the CTM Module to be in place, allows the management processes of a number of parks to be optimised.

The various existing systems are interconnected using virtual technology. The virtualisation of an operation, for a larger number of parks, can be planned and executed in stages. This virtualisation, and the subsequent implementation of the modules referred to, provides clear operational and economic advantages to the operator, resulting in a change of the standard of internal processes.
This a change to which the operator in particular and the organisation in general must be sensitive, whether it is a “one–shot” or a phased implementation: this second solution, in Inout’s experience, must be carefully balanced, with this type of project best done in stages, beginning with the integration of defined groups of parks, with later integration of the remaining groups, and finally moving on to the command room and its integration.

InOut offers an integral solution for parking management that has been successfully implemented in Portugal, guaranteeing a full and structured response across all areas of parking control.

EMPark is a leader in the parking and mobility sector in Spain and Portugal.